It’s been a while since we saw two internet giants at each other’s throats so the Yahoo/Facebook feud has livened up an otherwise dull few months.

While we love seeing some of the biggest companies in the world resort to mud-slinging and airing their dirty laundry in public, this latest move by Yahoo is raising a few question marks.

According to Yahoo, Facebook’s technology infringes on 10 patents owned by Yahoo including the news feed and commenting systems. Potentially, this is quite a serious claim for Facebook as it involves most of their basic tools. But what makes this interesting is the timing. The combination of Facebook’s impending IPO and the current state of Yahoo makes this look more like a desperate attempt by Yahoo to raise some fast capital and possibly biting the hand that feeds it. 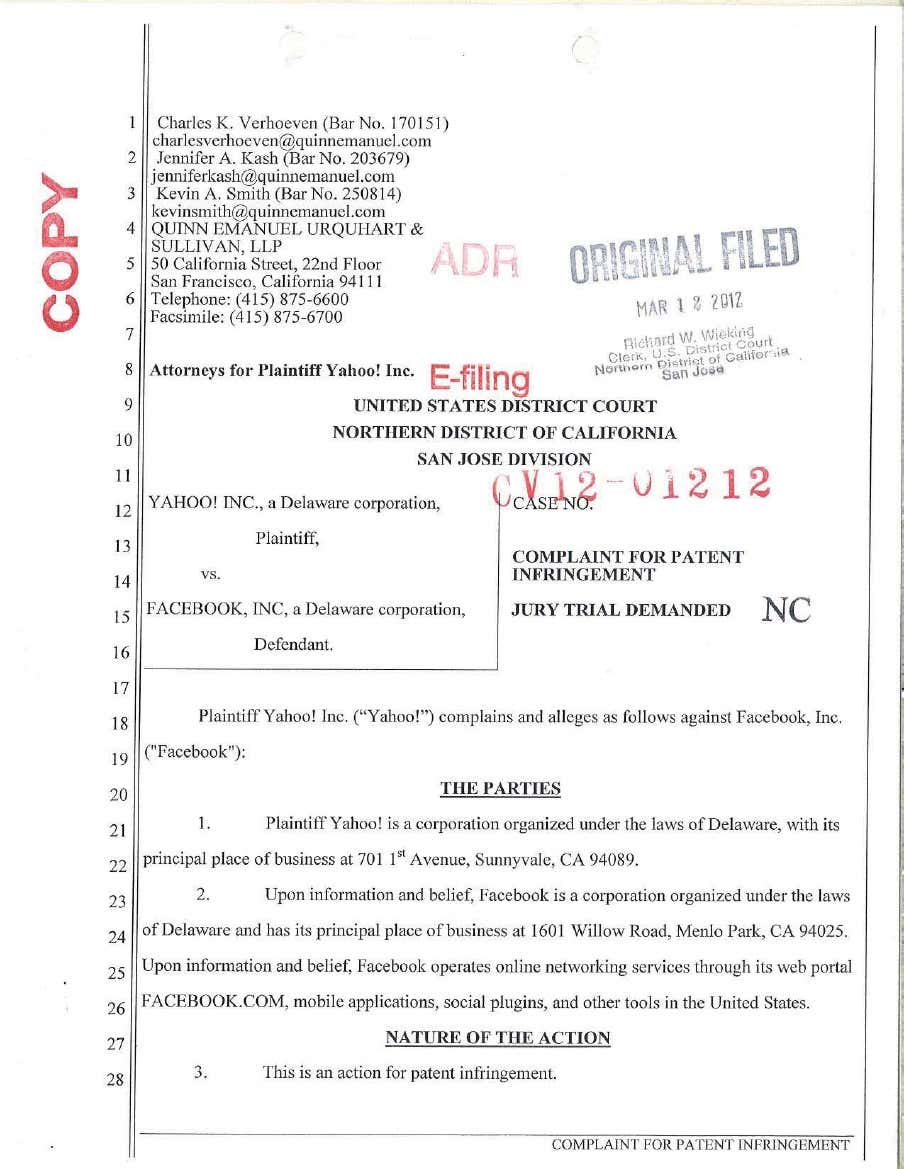 Yahoo and Facebook have appeared to play quite nicely together until now, with Yahoo enjoying a substantial boost on the back of its collaboration with Facebook. But this move will surely see this partnership come to an end so Yahoo must believe the benefits outweigh the negatives of taking this course of action.

And this isn’t the first time Yahoo has brought a suit against a company about to go public. In 2004, Yahoo sued Google for using technology owned by Overture to generate ads based on search terms. The settlement was in the hundreds of millions and was badly needed by Yahoo, and with the recent restructure and job cuts at Yahoo, it seems a further payout would be a bit of a lifeline for them.

That’s not to say that Facebook is an innocent bystander and is merely a pawn in the game of a company desperate to generate income. From the statements made by both companies, it’s implied that this has been an issue for some time and perhaps Facebook’s failure to respond appropriately has led Yahoo to believe bringing action is the only option.

Whatever has led up to this, it should be an interesting case to follow. It will be the first of its kind to cover social media technology and will provide precedence for future cases of its kind.

Editor: I spoke to somebody in the know on this topic yesterday, and apparently (this is not a confirmed fact so I will investigate) the Yahoo legal case is something declared on the Facebook IPO as a business risk. One thing that is very clear to me, that running a digital platform like Facebook can be very profitable, but for long term income guarantees, being a lawyer is the way to go

Top 9 Digital Marketing Books That Every Marketer Should Read